When dealing with technical analysis, the following four indicators are some of the most common ones. The RSI, the Stochastic Oscillator, the Bollinger Band and the Moving Average, and usually considered individually. The following article deals with the stochastic oscillator and how it can be modified to obtain clearer buy and sell signals.

This article explains the combination of the Bollinger Band and the Moving Average. In contrast to the previous two parts, this work deals with the interplay of trend indicators. The basic idea behind both indicators is quite simple. If the line (s) are pointing up, the price is rising, if the lines are pointing down, the price is falling and if the lines are horizontal. so there is a horizontal course. The fact that this statement is possible for two indicators is due to the fact that the middle Bollinger Band line is also a moving average. It is important to consider the following three points for the Bollinger Band considered alone, because its addition shows a frame that follows the normal distribution. 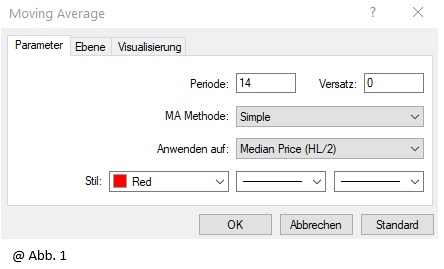 The slow one is the Bollinger Band with the following configuration (@ Fig. 2) 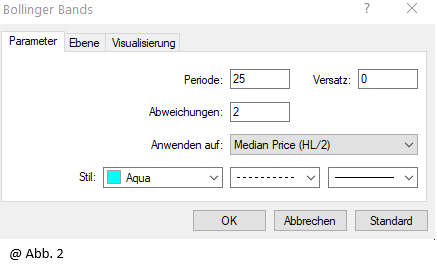 The result is the following combination using the example of NZDUSD (@ Fig. 3) 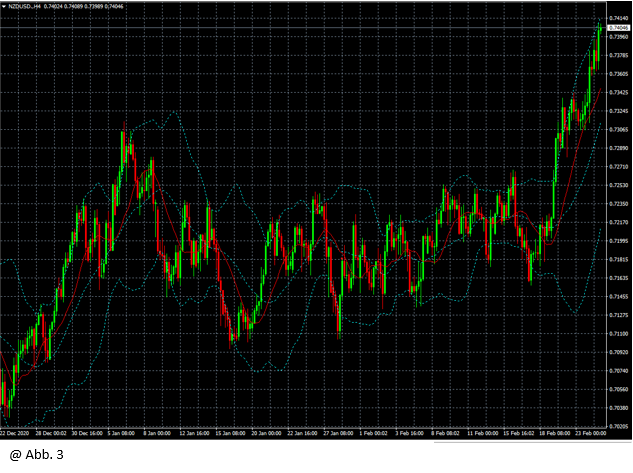 If there is a horizontal trend, there is probably an end to the ascent or descent. However, if there is a change of course, it can be a buy or sell signal. It is important to note whether the Bollinger Band has contracted beforehand or not. As you can also see from the last upward trend. The faster moving average serves as an early warning system for possible course changes. I.e. in the case of an upward trend, for example, that it only ends when it crosses the red and aqua-colored line.

Salary satisfaction: Here the salary is enough: In these cities employees feel well…