How was Coinbase’s debut on the stock market? A difficult day?

Today, April 14, marks a historic milestone for the crypto market as the US crypto exchange, Coinbase, has made its debut as a public company. Did it start with on the left foot?

Coinbase’s debut was marked by volatility

Coinbase stock, COIN, debuted on Nasdaq on Wednesday afternoon at a price of $ 381, down 52% from its reference price set yesterday of $ 250. Evidently, as the price of the crypto stock soared, the market was excited to see it as proof of institutional adoption.

In the end, the price per share of $ 381 positions the valuation of the crypto exchange very close to $ 100 billion. But, it didn’t end there. Yahoo Finance data reveals that the price per share peaked at $ 425 in less than 30 minutes after going on the market.

However, since then, the price has fallen sharply. In fact, Coinbase closed its debut day on Nasdaq with a price of USD 328. That is, the price per share of the crypto exchange has fallen by approximately 14% since its debut, but remains above the reference price.

The world’s leading exchanges, Binance and FTX, have decided to announce today that they will offer a token of shares from the crypto exchange.

Binance initially announced that it would list the Coinbase stock token (COIN) today, allowing its users to trade fractional Coinbase shares. But, just hours after the announcement, the crypto exchange postponed listing due to market volatility. 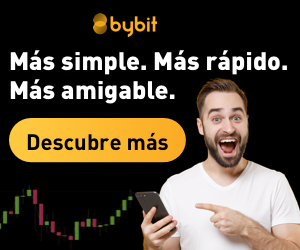 And, the truth is that Binance is right. Coinbase’s first day trading publicly was arguably quite volatile. In fact, a sell-off was observed on FTX where the exchange rate of the stablecoin COIN-USD fell from a high above $ 640 to around $ 420.

Coinbase continues to grab the headlines

As we already noted, today was particularly special for the crypto exchange and, in general, for the entire market. So why not commemorate it in history?

This is how Coinbase He decided encode a message in the first block of Bitcoin you mined earlier today. The message reads: “House of NYTimes Mar 10/21 gives final approval to Biden’s $ 1.9B pandemic aid bill.” And, this message refers to an article published by the New York Times about the approval of one of the most important measures in the history of the United States.

Why is this last piece of information relevant? Well it is worth remembering that, when the first block of Bitcoin was mined, (by Satoshi Nakamoto, of course), a message was published that said: «The Times 03 / Jan / 2009 Chancellor on the verge of a second bailout for banks ».

Like the Coinbase message, Satoshi Nakamoto referenced a 2009 story published by The Times. Do you find the connection? The government and its political measures.

«As activities in these areas (crypto, blockchain, and the digitization of money) progress, there will be significant disruption and change in the way money moves around the world.», He explained.

And, despite regulations limiting the institution’s playing field within the crypto market, Goldman Sachs assures that it will innovate within the frameworks.

Mark McGrath gets the boot on ‘Masked Singer’

Litecoin analysis and forecast. Where is it headed?

The most expensive DOGE meme ever!