BlackRock has been trading Bitcoin futures

Yesterday, March 31, BlackRock delivered to the United States Securities and Exchange Commission (SEC) the documents in which it is established that the firm acquired Bitcoin futures contracts in January on the CME Chicago exchange.

For those of you unfamiliar, BlackRock is a New York-based asset management corporation. Based on the results filed with the SEC for 2020, it has approximately $ 8.7 million under management (AUM).

He now revealed to have acquired 37 Bitcoin futures contracts issued through the Chicago Mercantile Exchange that expired on March 26. But, in addition, the contracts were revalued by USD 360,457.

However, the amount associated with these Bitcoin futures was quite modest. In fact, the amount of USD 6.5 million is equivalent to only 0.03% of the assets managed by the company.

The last few months have been particularly interesting for the crypto community. Especially as large institutional investors or companies decide to bet on cryptocurrencies, but focusing on Bitcoin.

In this sense, the community is very alert to new adoptions by renowned institutions. 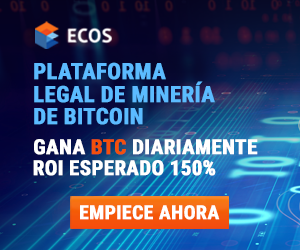 Previously BlackRock had already shown curiosity in Bitcoin. In fact, in January Rick Rieder, the firm’s chief investment officer, told CNBC that the company had started to dabble in the crypto market a bit.

At the time, Rieder explained that “Keeping a piece of what you have in cash in things like crypto seems to make some sense to me, but it wouldn’t support a certain target allocation or holding.”

“My feeling is that technology has evolved and regulation has evolved to the point where several people find that it should be part of the portfolio, so that’s what drives the price up (…). I would not put a number in the percentage allocation that one should have, it depends on what the rest of your portfolio looks like ”, Rieder added.

Meanwhile, more and more companies are investing in the crypto market, either directly through Bitcoin or even offering new investment vehicles soon, such as Morgan Stanley and Goldman Sachs.

We want to know your opinion! Do you think BlackRock will increase its holdings in Bitcoin?

Bitcoin miners received more than $ 833 million in a month

PayPal could launch a cryptocurrency wallet sooner than we think